COLUMBUS, Ohio -- Welcome to week three of the 2021 high school football season ladies and gentlemen! We have a bunch we are looking forward to covering this fall and this week we will be talking about the most under-recruited prospects in the Central Ohio area class of 2022 and one special 2023. 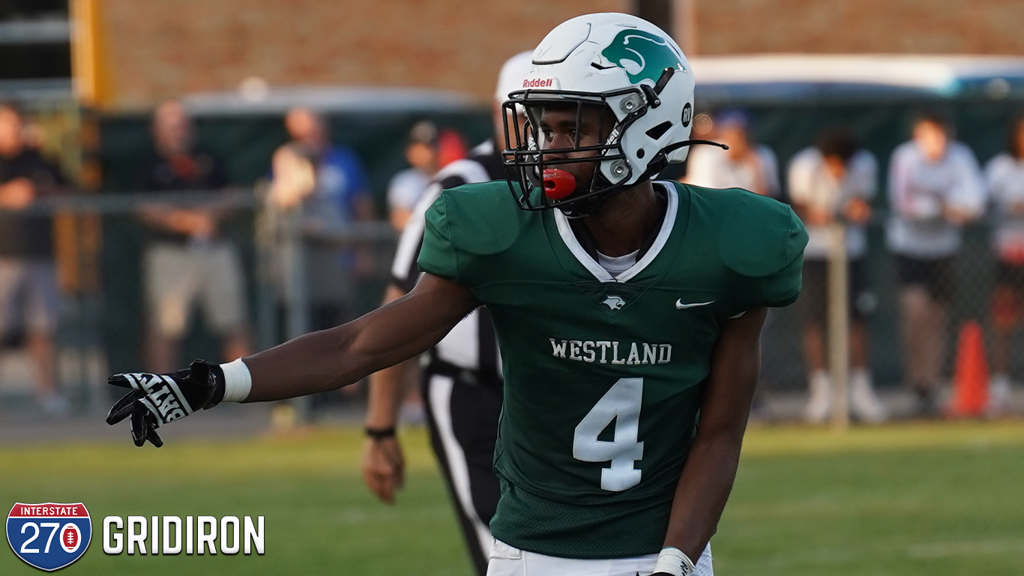 Mason Bailey (WR / Westland / 2022): Bailey, listed at 5’11 and 160 pounds, is just insanely twitchy and fast. Bailey makes it very difficult for defenders to even process the play because with the ball in his hands everything happens quickly. The senior wideout has been highly targeted this year and has yet to drop many passes, if at all, as he caught everything thrown his way last week to the tune of three touchdowns in the first half against Franklin Heights, all on big plays where he picked up large chunks of yards after the catch. Bailey, along with dynamic senior quarterback Jovaan Cooper, are the keys to Westland’s explosive offense.

Mason Maggs (QB / Dublin Coffman / 2022): Maggs, listed at 6’3 and 210 pounds, has the ability to kill you with his legs, as last year he started out as a wideout before moving to quarterback. Maggs has a very good arm with solid accuracy, always putting it in place for his wideouts to make a play on the ball, and not leaving it up for defenders to disrupt. While Coffman is off to an unusual 0-2 start, Maggs has been a bright spot for the Rocks.

Blake Bennett (ATH / Pickerington North / 2022): Bennett is 6’1 and 210 pounds and came to Pickerington North from Centennial last season. Due to COVID-19, Bennett didn’t get to play much in 2020 but he is quickly making a name for himself in his first full season with the Panthers. Bennett is a very silky type of player, a smooth kid but will punch you right in the mouth with the way he plays. I saw him at the Under Armour All American camp this past spring and I didn’t know his name due to reasons mentioned above. It looks as if he is playing in the box this year which is a good deal because he tracks the hip and form tackles well and can shed blockers with ease to make plays in the back field.

Blake Horvath (ATH / Hilliard Darby / 2022): Horvath stands at 6’2 185 pounds and is the general of the offense playing quarterback for Darby. Horvath has had a strong start to the season, leading the Panthers to back to back big wins. He’s not only versatile but not scared to sit in the pocket and take a hit in order to throw a dime. Coaches will see that and know immediately that this young man is a team player. We also want to mention his younger brother Cole Horvath who is a 2024 playing varsity at a high level as well and he is listed at 6’0 and 170 pounds. 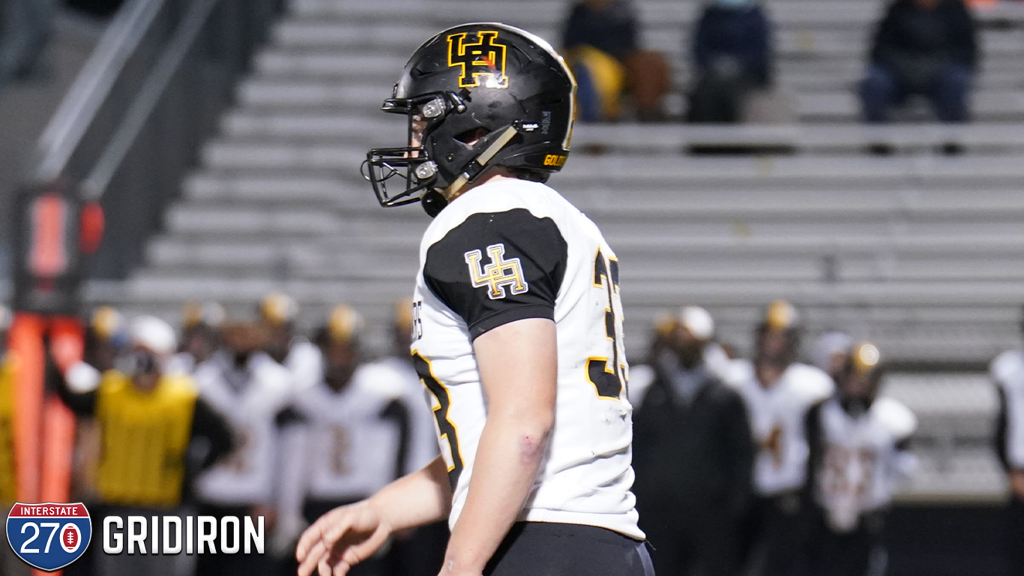 Carson Gresock (RB / Upper Arlington / 2022): Gresock, at 5’10 210 pounds, is a hammer of a running back especially when he gets down hill as he becomes very hard to stop. Gresock is a sleeper from an amazing school in Upper Arlington, as he made arguably the biggest splash of the season in Week 1, going for a school-record 384 yards and four touchdowns in a big win over Reynoldsburg. People around the program rave about Gresock’s work ethic and toughness,as he has a chance to be a major steal for a college program at the next level. If you want a kid who is going to get north and south with no problem and move the chains, then Gresock is who you need!

Tysen Boze (WR/ Dublin Scioto / 2022): Boze is 6’4, 195 pounds and is very agile and quick on his feet. He can climb the ladder for jump balls or make the toe tap catch if needed. He’s put together as well as they come and that is very hard to find for a big boy receiver like Boze. The Scioto product is a major threat in the red zone for the Irish, as Boze has everything you’re looking for in a wideout, while also sporting a GPA north of 3.0.

Tajh Bowers (QB/ Briggs / 2022): Bowers has a very strong arm, is very long at 6’2 and is more than capable of running the ball. But that isn't his first instinct. If he can get the ball to one of his guys he’s gonna make it happen. I really like his game film and I’m happy I found this gem because I think he can go to the next level and make an impact, maybe not immediately as he will need to be developed some more but he has all of the intangibles and athleticism. Bowers is a major sleeper at a Briggs program that may not have the depth of other programs in this article, however, this senior quarterback can play regardless of where he goes to school.

Josh Kucker (WR/ Gahanna Lincoln / 2022): Kucker is a machine for the Lions at 6’6 and 210 pounds. He is very fast for his size and a matchup nightmare as some would say for opposing corners. He will continue to get better and with his size he could potentially go and be a big wideout or transition putting some weight on and moving to the in-line as a tight end. Kucker has speed that he brings out kicking it into that next gear not many have at that size. He’s one to look out for in this 2022 class.

DuShaun Tucker (LB/FB / Bishop Hartley / 2022):Tucker plays both ways for the powerhouse Hawks and he also has made it pretty clear in his recruitment that he will be playing at the next level as a dual sport athlete in football and baseball. On the football side, he is very well rounded at 5’10 and 190 pounds. Tucker is a unit that moves well from sideline to sideline. The senior Tucker is one of a couple leaders on the defensive side of the ball and is considered the general on that side as he is the middle linebacker for Hartley.

Jakivion Calip (RB/ Worthington Kilbourne / 2023): Calip at 5’11 and 180 pounds has very good explosiveness through the hole and exceptional field vision. He also is well known for his power to keep chugging a run when you think it could be over, as Calip can push the pile and make small runs into big gains. This is a 2023 prospect to keep on your radar as he is a major key to the Kilbourne offense.